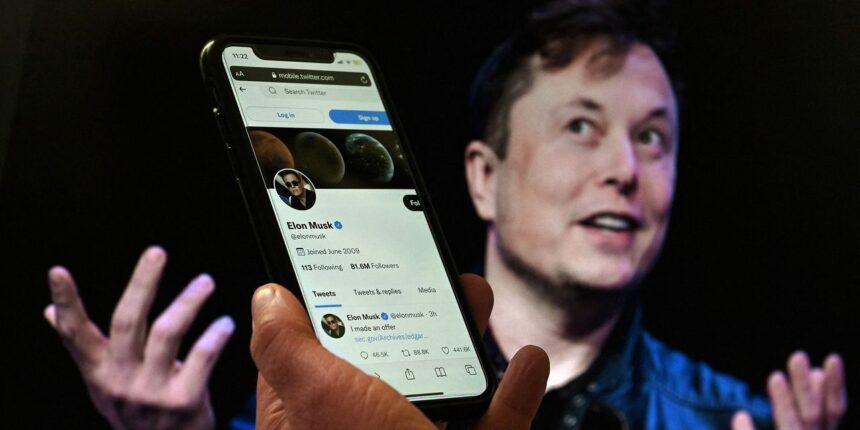 As Elon Musk laid off thousands of Twitter Inc. employees Friday, more than 60 civil-rights and civil-society groups urged companies to stop advertising on the social-media platform.

The purchase of Twitter by the Tesla Inc.
TSLA,

chief executive has reportedly led to users posting racist and other harmful content en masse on the site. The groups say that among the teams that have been affected by the job cuts are those that worked on content moderation at Twitter, which they warned could further allow hate, harassment, abuse and misinformation to proliferate on the website.

Leaders of the groups who spoke to journalists on Friday — which included Color of Change, Free Press, the Anti-Defamation League and the Gay & Lesbian Alliance Against Defamation — said they are escalating their calls for companies to consider the possible harms to their brands, as well as to society.

“We are witnessing the real-time destruction of one of the world’s most powerful communications systems,” said Nicole Gill, executive director of Accountable Tech. “Elon’s ‘hellscape’ is already here,” she added, referring to Musk’s recent promise, tweeted to advertisers, that he would not allow Twitter to become a “free-for-all hellscape.”

On Friday, roughly an hour before the activists’ call with journalists began, Musk tweeted that their pressure had caused a “massive drop” in Twitter’s revenue, despite his efforts to “appease” them.

In the news conference, Media Matters for America President Angelo Carusone disputed that activists are to blame.

“One of the things that has been driving advertisers away is what Elon Musk is doing,” he said, adding that none of the advertisers his group has approached has said no — that they all seem to be considering their continued spending on Twitter. “The pressure is not manufactured.”

Musk’s statement about seeking to appease activists appeared to refer to a meeting he had with some civil-rights groups on Tuesday, which he also tweeted about.

Jessica Gonzalez, co-CEO of Free Press, said she was among those who met on a virtual call with Musk on Tuesday, during which he “seemed genuine” and promised to continue enforcing Twitter’s content-moderation policies.

But after that meeting, Musk tweeted a poll about whether advertisers should support freedom of speech or “political ‘correctness.’ ”

Musk “has shown us the gap between his words and his actions,” said Rashad Robinson, the president of Color of Change who was also part of that meeting.

Among the things Musk is doing, said Sarah Kate Ellis, chief executive of GLAAD, is tweeting antigay and anti-trans content. Ellis pointed to Musk tweeting out, then deleting, an unfounded claim about the attack on Paul Pelosi, husband of Speaker of the House Nancy Pelosi, that she called “a disgusting and completely false antigay conspiracy theory.”

That “comes after [Musk’s] posts that demean trans people,” Ellis said. “This needs to be a red flag for advertisers.”

Free Press’s Gonzalez said Musk’s tweeted claim that content moderation hasn’t changed is “simply not true. When you lay off 50% of your staff, including teams doing content moderation, that means it has changed.”

In addition, after Musk took over Twitter, he reportedly limited employee access to content-moderation tools. And the vice president of trust and safety at the company, Del Harvey, announced her departure last week, following the exit of other top executives.

Robinson and Gonzalez said they were invited to be on a content-moderation council for Twitter, but it’s unclear how it would work and whether it would make a difference — especially as Musk undermines its purpose with his tweets.

“These councils, when there’s a singular leader and decision maker, are sort of window dressing,” Robinson said.