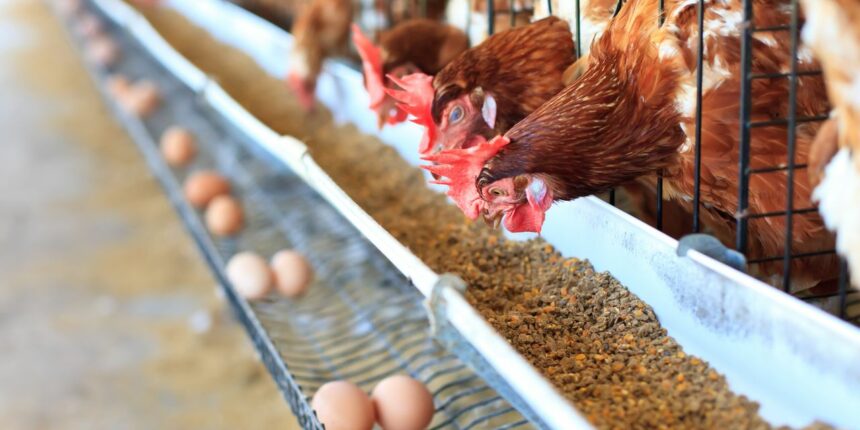 This article is reprinted by permission from NerdWallet. The investing information provided on this page is for educational purposes only. NerdWallet does not offer advisory or brokerage services, nor does it recommend or advise investors to buy or sell particular stocks, securities or other investments.

Contents
The numbers are stubbornHopefully, closer to the end than to the beginningLottery fever? Don’t be one of those people who forgets to cash inDiscounts that disappear from the shopping basket

Our government’s plan to beat inflation and lower prices is to damage our healthy economy and have somewhere around one million Americans lose their jobs.

Any volunteers out there willing to take one for the team and go without an income for a while so that the rest of us can get a better deal on a dozen eggs?

No? Didn’t think so.

Monetary policy can be baffling. It’s the whole break-something-to-fix-it strategy. When you boil it down, the plan sounds bad enough, but then add in: 1) A possible recession that 2) could lead to even higher unemployment and 3) the risk of having to rebuild our economy — and you might begin to wonder, is this the best idea we’ve got?

Even more concerning: Following the latest hike Nov. 2, the Federal Reserve has increased interest rates by nearly four percentage points so far this year, with more to come, and there’s little evidence so far that the plan is even working.

Here’s where we currently stand and where the Fed is attempting to steer the economy.

The numbers are stubborn

For those of you who like to stir in a little economic chat with your evening cocktail, here are the numbers stubbornly resisting the Fed’s current tight money squeeze:

Consumer price index: The primary measure of inflation, the CPI, is not a number that the Fed actively tracks, but just about everyone else does. It is a survey of consumer prices, including food, shelter, services, commodities, medical care and energy. The all-items index saw prices increase by 8.2% for the 12 months ending in September, down only incrementally from 8.3% in August. For context, inflation hovered between 2% to 3% — or fell much lower — for most of the past 30 years. Obviously, a long way to go to get back to the historical norm.

Personal consumer expenditure survey: Rather than tracking consumer prices, the PCE measures actual spending. In September, spending was up 6.2% from one year ago — due to higher prices. The Fed wants annual consumer spending to increase by just about 2%. Again, not even close.

Gross domestic product: This is a measure of the value created nationally through the production of goods and services. It will be a negative number if the economy sags into recession. But after decreasing in the second quarter, GDP rose in the third quarter at an annual rate of 2.6%. The Fed also likes this number close to 2%.

Unemployment rate: The Fed expects the jobless rate to rise to the 4% to 4.5% range as the economy cools. The unemployment rate fell to 3.5% in September. Wrong direction.

Read: Fed’s latest rate hike comes at a vulnerable time for consumers — right before the holidays: ‘The economy is sending mixed messages’

Hopefully, closer to the end than to the beginning

The numbers will turn. Eventually. There is no doubt that you can beat the economy into submission with higher and higher interest rates resulting in a million or more people losing their jobs.

The timeline to lower interest rates and prices extends well beyond next year. While the Fed may soon slow the pace of interest rate increases, the higher cost of borrowing money will linger for a while.

But what about the price that the most financially fragile among us will pay? Maybe we can help do something about that. It’s time to remember those pre-flight instructions you long ago started tuning out: Put your oxygen mask on first, then help others. Here’s how you can do that.

See: Americans consider side gigs as a way to fight inflation

Lottery fever? Don’t be one of those people who forgets to cash in

That billion-dollar Powerball jackpot last week sure got our attention, didn’t it? But can you imagine someone winning even a lousy couple of million — and not cashing in? It happens more than you might think.

In October, someone in Mesa, Arizona, let the six-month expiration date pass without redeeming a $4.3 million winning ticket. There have reportedly been unclaimed lottery tickets in the $50 million to $70 million range. Wait. What was that important thing I forgot to do?

So, if you buy a ticket that could be worth a billion bucks, at least set the alarm on your phone to remind you to check the winning numbers so you can actually go collect the cash.

Check out: What can I do to improve my salary? Am I being paid fairly? In a strong jobs market, here’s how to push for a pay raise.

Discounts that disappear from the shopping basket

Finally, a tip on saving money when shopping: Make sure those discounts you see advertised on the shelf make it to the checkout line.

stores in Butler County, Ohio, found checkout prices with double-figure errors. Prices shown on the shelf were often overcharged at the register, according to a lawsuit filed by the Ohio attorney general. In this case, the error rate among the 20 stores in the county was as high as 88%.

Mispricing was particularly common when shoppers bought two or more of a discounted item.

It might be a good idea to note at least the most attractive shelf sale prices as you shop, then keep an eye on the register as the items are rung up — especially as Black Friday sales draw near.