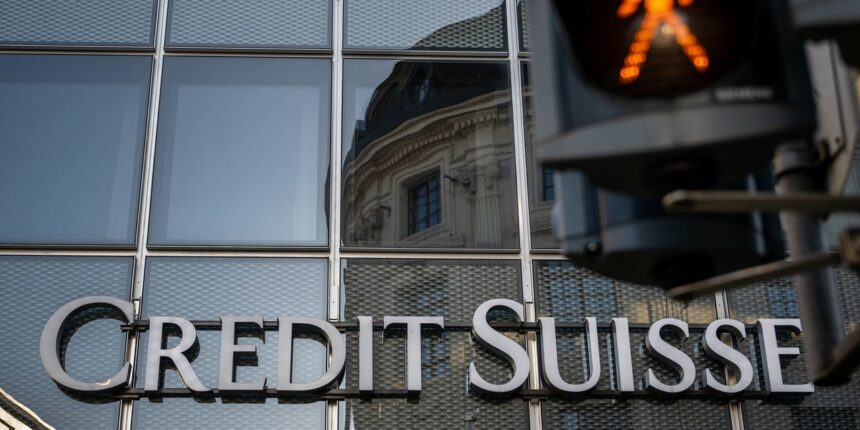 Credit Suisse is bringing back the “First Boston” name after 17 years as the Swiss bank unveiled a sweeping restructuring that includes a big investment from Saudi Arabia, the sale of a unit, and as many as 9,000 job cuts.

The revamp was unveiled Thursday alongside a third-quarter loss of 4 billion francs ($4.1 billion), the fourth consecutive loss for the struggling bank that has reeled from the blowup of the Archegos family office and the collapse of the financing firm Greensill Capital.

Most of the loss stems from a 3.7 billion franc impairment of deferred tax assets, but it would’ve lost money even without that, as revenue dropped 30% to 3.8 billion francs, on a 58% slide in investment bank revenue in dollar terms, a 18% wealth management decline and a 9% drop from its Swiss bank.

It’s going to raise 4 billion francs through the sale of stock, a move it long resisted, with up to 1.5 billion francs coming from Saudi National Bank. It’s going to sell a majority of its assets in its securitized products group to an investor group led by Apollo Global Management and Pimco. It’s going to split off into a bad bank — what it calls a “capital release unit” — its prime services unit, emerging markets lending outside of wealth management and select European lending and capital markets activities.

With a plan to shed 40% of its risk-weighted assets by 2025, its investment bank will be named CS First Boston, which it aims to be “more global and broader than boutiques, but more focused than bulge bracket players.” It’s also going to seek third-party capital for the unit. Michael Klein, who’s currently on the board, is “anticipated” to be the CEO of the unit, as Christian Meissner has resigned with immediate effect.