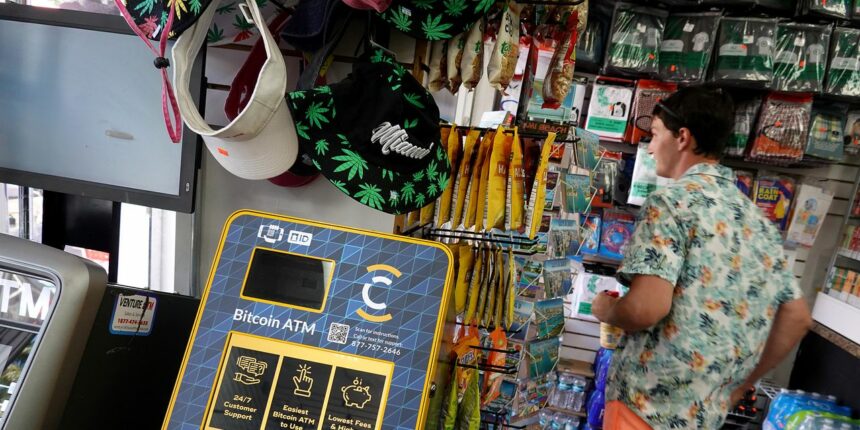 The Internal Revenue Service has been turning up its scrutiny on cryptocurrency investors in recent years, and as that happens, more investors have been turning to the tax code’s rules on investment losses.

That’s according to a study released this week that shines a light on the link between IRS enforcement and “tax-loss harvesting.”

The latter is a tax planning strategy many crypto investors will have to consider after 2022’s tumble for bitcoin, ethereum and other digital assets — not to mention the implosion of the cryptocurrency exchange FTX.

Within the past decade, the IRS and other tax agencies around the world have been increasingly focused on ensuring crypto investors fully report and pay taxes on their gains. The IRS has previously sent cautionary letters to crypto traders and sued cryptocurrency exchanges in its compliance campaigns.

More cryptocurrency investors are paying attention, according to the study released on Monday.

The same pattern of increased tax-loss harvesting played out when researchers looked at billions of trades from more than 30 cryptocurrency exchanges.

Of course, tax-loss harvesting is a long-established planning strategy when it comes to stocks, bonds and other conventional investments. It typically comes into focus at the end of a year — especially for a bruising year like 2022.

In a nutshell, taxpayers gather their investment losses and use the losses to offset capital gains and/or carry forward the losses so they can be applied to future gains.
Researchers are focusing on crypto tax-lost harvesting because they see it as a gauge of overall tax reporting.

“A crypto investor’s decision to make use of tax-loss harvesting as a tax planning strategy by necessity implies a degree of tax compliance, in that the investor must report crypto trading to the tax authority to take advantage of the strategy,” researchers wrote.

“When investors with traditional assets like stocks sell at a loss, the IRS ‘wash sale’ rule cancels a capital loss if the person buys a ‘substantially identical’ investment 30 days before or after the sale. ”

When investors with traditional assets like stocks sell at a loss, they need to be aware of the IRS “wash sale” rule that cancels a capital loss if the person buys a “substantially identical” investment 30 days before or after the sale.

For now, there’s no wash-sale rule when it comes to crypto and that spurs “wash trading,” the researchers noted — a scenario where crypto investors can “have their cake and eat it too” by notching a tax advantage and maintaining market exposure, they added.

“Exchanges with presence in, or are regulated by, the United States exhibit a greater amount of wash trading than international peers following increases in tax scrutiny, and the effects are more pronounced during market downturns and year-ends,” the study said.

The “crypto winter” of 2022 has been cold. Bitcoin
BTCUSD,

is down more than 60% year to date and Ethereum
ETHUSD,

is off more than 65% over the same period. By comparison, the Dow Jones Industrial Average
DJIA,

has declined 16% year to date.

The latest research is looking at what happens in the wake of IRS scrutiny, but this could be the tip of the iceberg.

The IRS is coming into $80 billion over the next decade for increased enforcement against high earners and corporations, plus more money for customer service and operations.

At the same time, new IRS reporting rules for digital asset brokers — a result of last year’s infrastructure bill — are scheduled to take effect next year.

“There’s going to be lots of losses out there this year” and it’s likely there will be more in following years as oversight increases, said Edward Maydew, one of the authors and a professor at the UNC Kenan-Flagler Business School.

“There’s just bound to be more rules coming out to fill out all the gray areas,” he said, “and there are lots of gray areas.”