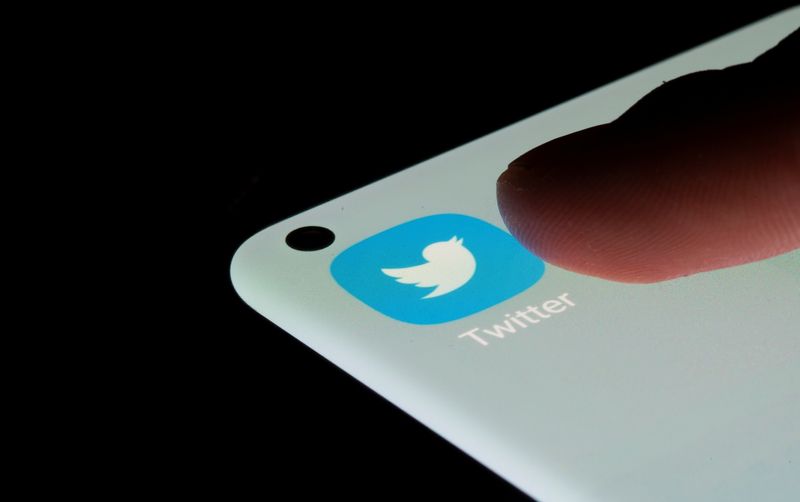 © Reuters. A 3D printed Twitter logo is seen in front of a displayed photo of Elon Musk in this illustration taken October 27, 2022. REUTERS/Dado Ruvic/Illustration

(Reuters) – Overspending on Twitter Inc (NYSE:) for $44 billion was the easy part.

Now, Tesla (NASDAQ:) Inc Chief Executive Elon Musk must prove why he believes that Twitter is worth 10 times that amount and turn around a social media platform that he has spent months ridiculing.

Earlier this month, the outspoken billionaire said: “Myself and the other investors are obviously overpaying for Twitter right now. The long term potential for Twitter in my view is an order of magnitude greater than its current value.”

Musk has provided few concrete details about his plans, and what he has shared appears far-fetched or contradictory.

Here is what lies ahead for Musk, the self-proclaimed “Chief Twit”, according to current and former Twitter employees, analysts and investors who considered funding the deal.

Musk’s biggest bet borrows from China’s greatest hits of the 2010s. “Buying Twitter is an accelerant to creating X, the everything app,” Musk tweeted earlier this month.

The idea of an everything app, also referred to as a super app, originated in Asia with companies like WeChat, which lets users not only send messages but also make payments, shop online or hail a taxi. The all-in-one service appealed to users who had fewer choices in a region where Google, Facebook (NASDAQ:) and others were blocked.

Musk has told investors he plans to build one that will sell premium subscriptions to reduce reliance on ads, allow content creators to make money and enable payments, according to a source briefed on the matter.

There are no super-apps in the United States because the barrier is high and there are app choices aplenty, said Scott Galloway, co-host of tech podcast Pivot and a professor of marketing at New York University.

Apple Inc (NASDAQ:) and Alphabet (NASDAQ:) Inc’s Google, which control the app stores on iPhones and Android phones, see themselves as super apps and would be unlikely to allow other super apps to develop, Galloway said. Consider Apple’s recent rejection of Spotify (NYSE:)’s plan to sell audiobooks as one example of barriers to entry.

“It’s not possible at this point in the evolution of the mobile internet,” said Jason Goldman, a former board member at Twitter.

Members of Twitter’s trust and safety team, which includes content moderators, are expected to be among Musk’s deepest job cuts, employees fear.

“Imagine a world where all those people are gone,” one employee said. “It’s going to be a hellscape.”

On the eve of the deal’s expected closing, he appealed directly to advertisers in an open-letter tweet:  “Twitter obviously cannot become a free-for-all hellscape, where anything can be said with no consequences!… Twitter aspires to be the most respected advertising platform in the world that strengthens your brand and grows your enterprise.”

Advertisers are not buying it.

They point to Musk’s plan to reinstate the account of former U.S. President Donald Trump as a major impediment to spending money on Twitter. Twitter permanently suspended Trump for risk of further incitement of violence after the Jan. 6, 2021, attack on the U.S. Capitol.

Welcoming back Trump could alienate moderate and liberal-leaning users, and as a result push away major household brands who aim to market products and appeal to people across the political spectrum, said Mark DiMassimo, founder of ad agency DiMassimo Goldstein.

Musk has promised to preserve free speech of all kinds, but has also struck a more conciliatory tone with global leaders who aim to rein in Big Tech.

In May, Musk said in a Twitter video that he agreed with the European Union’s new digital media regulation, which will force Big Tech to do more to tackle illegal content or risk fines of up to 6% of global revenue, in one of the world’s most severe approaches to regulating content online.

Regulators across Asia are also toughening legal stances against social media platforms and ordering the removal of content they deem illegal, which includes speech by political dissidents.

In India, Twitter has waged a “sophisticated battle” with the government to protect free speech online, and this battle would be at risk with Musk in charge, Goldman said.

“The idea that he’s going to be the one liaising with the Chinese government and potentially turning over information on users, that’s very scary,” Goldman said.

Twitter is staffed with experts who review data requests from governments, but Musk has shown his contempt of these experts, he said.

“Whether or not Trump is going to come back on, I think that’s a parlor game,” Goldman said. “But what’s actually going to happen is a dissident’s IP address will be dropped on the floor.”