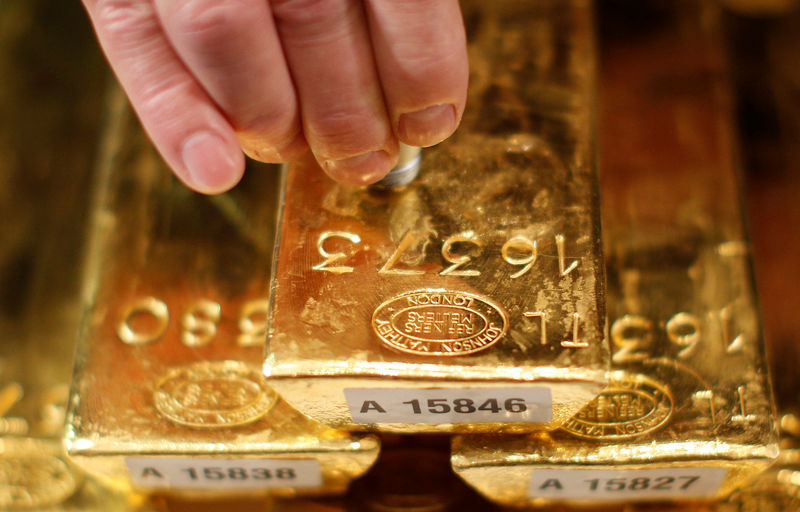 Investing.com– Gold prices steadied around recent peaks on Monday as investors locked in profits and exercised some caution ahead of a slew of major economic readings and central bank meetings from across the globe this week.

The yellow metal rallied sharply in recent weeks on an increasing number of bets that the U.S. Federal Reserve will in the coming months, taking some pressure off non-yielding assets.

This notion was furthered by data that showed , which weighed on the and .

Fears of a recession in major economies this year also saw renewed safe haven demand for gold, as the effects of sharp interest rate hikes through 2022 begin to be felt.

Focus this week is now on any more signs of slowing growth in major economies, with a barrage of readings from the U.S., Japan, China, England and the Eurozone on tap. Interest rate decisions in China and Japan are also in focus, with particular focus on the Bank of Japan after it unexpectedly struck a hawkish tone during its December meeting.

Still, trading volumes in metals markets are expected to be muted on Monday, on account of a U.S. holiday.

Among industrial metals, copper prices retreated slightly on Monday after racing to a seven-month high last week. The red metal saw a large spike in bids amid growing expectations for a recovery in Chinese demand this year, after the country relaxed most of its strict anti-COVID restrictions.

In addition to positive demand trends in China, which is the world’s largest consumer of copper, prices of the red metal are also expected to benefit from potential supply disruptions in major Latin American producers.