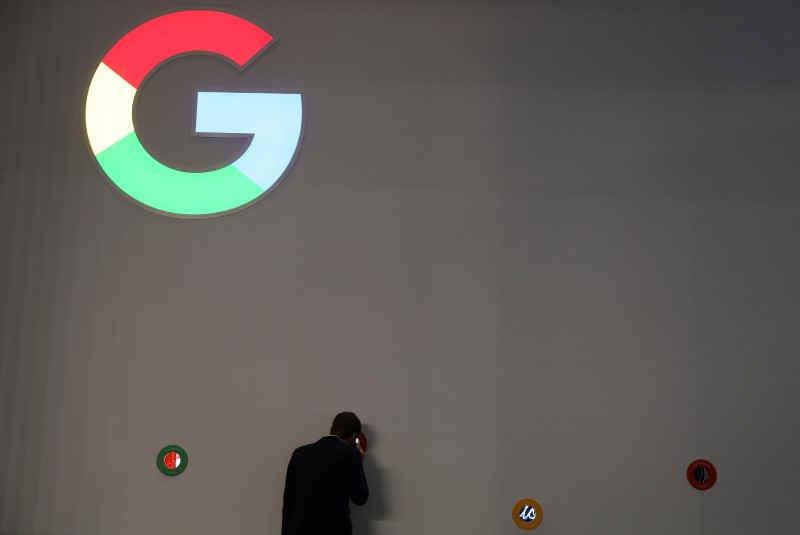 BRUSSELS (Reuters) -Alphabet unit Google (NASDAQ:)’s Google Play Store is the target of an EU antitrust investigation, the company said in a regulatory filing, a move that could expose the U.S. tech giant to another billion-euro fine.

“In May 2022, the EC (European Commission) and the CMA (Britain’s Competition and Markets Authority) each opened a formal investigation into Google Play’s business practices,” Google said in a quarterly earnings filing dated Oct. 25.

EU antitrust regulators are investigating whether Google’s threat to remove apps from its Play Store if app developers use other payment options instead of its own billing system has hurt the developers, two people familiar with the matter told Reuters in August.

Fees charged by Google and Apple (NASDAQ:) at their mobile app stores have drawn criticism from developers who say they are excessive.

Separately, Google said on Thursday it will appeal its record 4.1-billion-euro EU antitrust fine at Europe’s top court after a lower tribunal threw out its challenge last month.

The Luxembourg-based General Court broadly backed the Commission’s 2018 decision but pruned the fine to 4.125 billion euros from 4.34 billion euros.

Judges agreed with the European Union competition watchdog that Google had imposed unlawful restrictions on manufacturers of Android mobile devices and mobile network operators to consolidate the dominant position of its search engine.

“We are preparing our appeal. The deadline for the court is Dec. 1,” a Google spokesperson said.

The company can only appeal on matters of law to the Luxembourg-based Court of Justice of the European Union.

The bloc is boosting its antitrust power with new landmark tech rules curbing online gatekeepers, companies which control access to their platforms and data there, with which the companies will have to comply in the first quarter of 2024.