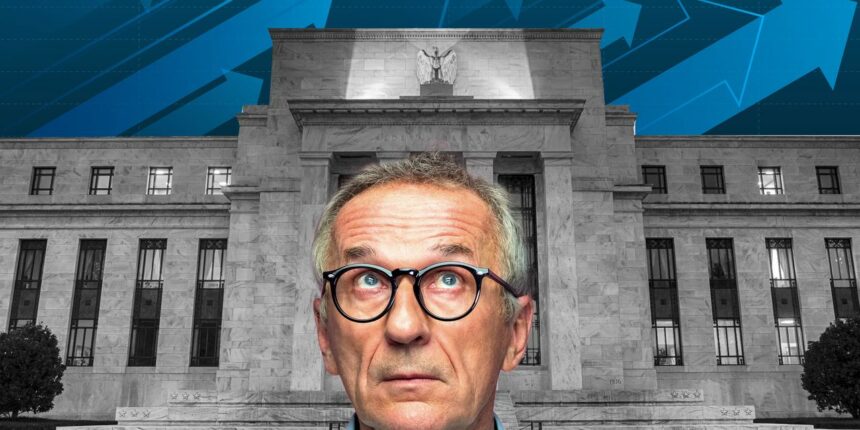 After quickly ratcheting up interest rates to combat red-hot inflation, the Federal Reserve is not suggesting that rates will drop any time soon.

On Wednesday, the central bank raised the benchmark interest rate again. This time, as Wall Street had anticipated, it upped the key rate by 50 basis points. That follows four, 75-basis point hikes and marks the seventh rate increase this year from a starting point near zero.

The latest hike may be slightly lower this time around, but it’s in keeping with a central bank view that interest rates will have to stay higher for longer to quell inflation. Thus far, it appears to be working: On Tuesday, November inflation data came in at 7.1% in November, down from 7.7% in October, cooler than expected.

In a statement on Wednesday, the Fed said “ongoing increases would be appropriate.”

Federal Reserve Chairman Jerome Powell said, “We’ve covered a lot of ground, and the full effects of our rapid tightening so far are yet to be felt. Even so, we have more work to do.”

So what’s the view from the land of higher rates, as Americans look ahead to 2023?

More past due credit-card bills, more record highs on APRs and a housing market that may stay out of reach for many, financial advisers say. The silver lining: More rewards for savers and investors eyeing yields in safe places.

It’s a sober assessment overall, but not a surprising one. This summer, Powell cautioned there would be “some pain” for households and businesses as interest rates rise and the job market softens.

This is how the Fed’s latest move affects you:

Fed decisions can quickly factor into credit-card rates. That’s because the influential federal funds rate informs the prime rate, which credit-card issuers use to help determine the annual percentage rates (APR) they extend to consumers.

At the start of this year, the average APR on a new card was 16.3%, according to Ted Rossman, Bankrate.com’s senior industry analyst. After moving past a previous record APR of 19%, new card offers are averaging 19.4% by Bankrate’s count and still climbing, Rossman said.

The APR on new offers will likely reach around the 20.5% next year, he estimates. “We’re talking higher prices, higher balances, higher rates. This all adds up.”

Rates are especially important if a person is carrying balances month to month, and the latest data suggest that’s something many cardholders are doing. Rossman pointed at American Bankers Association research showing just over half of all active accounts have revolving debt as of the second quarter.

Meanwhile, the nation’s credit-card bill is growing, climbing to $930 billion in the third quarter and marking the biggest year-over-year increase in more than 20 years, according to the New York Fed.

More people will fall behind on those debts next year, according to forecasts from TransUnion
TRU,
,
one of the country’s three major credit-reporting agencies.

Among credit-card holders, a projected 2.1% will be 90 days past due on any credit card, by year’s end. At the same time next year, TransUnion is projecting 2.6% will be seriously delinquent. That would be a delinquency rate around early 2010 levels, the company noted — even as the number of newly-opened cards remains much higher than at other times in the last 10 years.

Amid recession fears, one question is how sharp job losses will fair after rebounding from the pandemic. Vanguard estimates a mild recession with unemployment rising from the current 3.7% to 5%, clustered in tech and real estate.

One potential solution for credit-card debt holders is a balance-transfer credit card, Rossman said. These may have small initiation rates or fees and then no interest assessed for an introductory period.

Just beware of the potentially high APRs can might come later, he added. “The real catch is if you don’t pay by the time the clock runs out.”

A ‘higher for longer’ stance from the Fed doesn’t necessarily translate into higher mortgage rates, said Jacob Channel, LendingTree’s senior economist. The federal funds rate has influence, but mortgages “tend to move closer in conjunction” with yields on the 10-year Treasury note, he said.

Case in point, Channel said, the 30-year fixed mortgage recently dropped to 6.33% from 7.08% at the same point last month.

But the ‘higher for longer’ theme will keep rates next year around 5.5% to 6.5%, he said. “You shouldn’t expect rate to plummet, but I don’t think they are going to continue to rise.”

Even as home prices soften, unaffordability will remain for a large swath of would-be buyers, Channel said. He’s not alone in the assessment.

The reason prices are edging down, albeit unevenly: “Not enough people are buying — or can’t,” said Joe Mellman, senior vice president and mortgage business leader at TransUnion, which is also forecasting fewer 2023 mortgages but another climb in 2023 for home equity lines of credit.

Next year’s possible home buyers should pay attention to rates and economic conditions, but the decision boils down to their financial readiness, Channel said.

One tactic is refinancing later, the so-called “Marry the house, date the rate” approach.

But if someone’s hoping for a rate around the 2% range seen earlier in the pandemic, “you’re probably going to be waiting for quite some time,” Channel said.

“High rates have been painful for consumers, but I am hopeful they will help restore price stability and avoid another housing bubble,” said Steve Rick, chief economist at CUNA Mutual Group.

The average APY for an online savings account is 3%, up from around 0.5% when the Fed started hiking rates, according to DepositAccounts.com. For an online one-year certificate of deposit, average yields climbed from roughly 0.6% in March to over 4% in December, the site’s data showed.

But the high cost of living is draining Americans’ potential to save in the first place. The personal savings rate fell to 2.3%, according to the Commerce Department, the second-lowest point in more than six decades.

For those who can save, 2023 will reap some extra rewards, said Ken Tumin, founder and editor of DepositAccounts.com. “Rates are reaching highs not seen in more than a decade. Further deposit rate increases are likely as the Fed continues to hike rates,” he said.

Investors appear to be clearly aware of that.

The asset management giant offers brokered CDs, meaning it doesn’t directly issue CDs, but enables access to bank-issued CDs just like it enables access to stocks, bonds and other investments. “Our customers’ interest in brokered CD has increased by around 10-fold compared to trading activity this time last year,” Carter said.

While Fed actions influence auto financing credit costs, the impact isn’t direct like it would be for credit cards, said Bill Liatsis, vice president and general manager of CreditIQ, a Cars.com company.

Still, car-loan rates are going higher, he noted. After averages hovered around 4% to 5.5% during the last ten years, Liatsis said he’s starting to see average ranges between 6% and 8% for buyers with prime credit eyeing new- and late-model used vehicles. More broadly, Liatis is seeing loan ranges around 7% to 12% for new cars, and 8% to 14% for used cars.

Typically, a rate increase by 1% will translate into $17 extra per month on a $35,000 car loan, Liatsis said. “This is a small amount by itself and will likely cause some car shoppers to switch from new cars to used vehicles. However, it won’t take consumers completely out of the market. Consumer demand for cars remains strong.”