Overnight –Globally hot inflation rates have resulted in historically tough action from nearly every central bank around the world this week and over the month. Over the past 24 hours there has been a total of 250 bps in rate increases. Many emerging market central banks have been in action too, forced to keep pace with the Fed and to defend their currencies. South Africa lifted rates 75 bps, with Indonesia and the Philippines hiking 50 bps. The BoJ remained the odd man out, though it intervened in the currency market to support JPY. While the FOMC’s 75 bp hike was expected, the upward revisions in the dots to a 4.6% estimate for the terminal rate, and Chair Powell’s hawkish stance, caused much of the repricing in the markets. Additionally, Powell’s warning that there will be further pain in the housing market and that the risks for recession were on the rise exacerbated investor angst. That and the rise in yields knocked mega-tech sharply lower. Nevertheless, many doubt the FOMC will carry through with its projected policy path, while some found buying opportunities amid the downdraft in stocks. Disclaimer: This material is provided as a general marketing communication for information purposes only and does not constitute an independent investment research. Nothing in this communication contains, or should be considered as containing, an investment advice or an investment recommendation or a solicitation for the purpose of buying or selling of any financial instrument. All information provided is gathered from reputable sources and any information containing an indication of past performance is not a guarantee or reliable indicator of future performance. Users acknowledge that any investment in Leveraged Products is characterized by a certain degree of uncertainty and that any investment of this nature involves a high level of risk for which the users are solely responsible and liable. We assume no liability for any loss arising from any investment made based on the information provided in this communication. This communication must not be reproduced or further distributed without our prior written permission.

Be keep up! Get the latest breaking news delivered straight to your inbox. 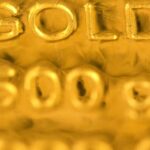 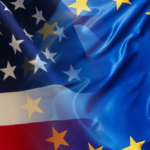 Europe’s Inflation Expectations on the Rise
Leave a comment