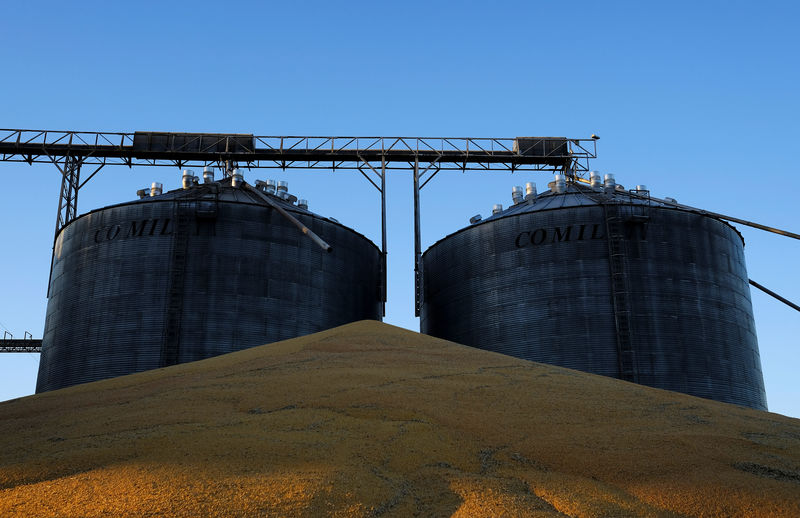 © Reuters. FILE PHOTO: Mexican President Andres Manuel Lopez Obrador gestures during a news conference after nearly 92% of voters backed him to stay in office in a recall election with a low turnout, according to results from Mexico’s electoral institute, at the Nat

“There is a market for it but the government cannot make a purchase because we do not want GM,” Lopez Obrador said, citing a lack of scientific investigation into its effects.

“We are a sovereign free country,” he added.

Mexico has a controversial presidential decree that seeks to ban genetically modified corn in 2024 and phase out the herbicide glyphosate, found in Roundup.

The country imports some 17 million tonnes of U.S. corn a year and is on track to import even more this year, experts have said. U.S. farm lobbies insist the ban will cause billions of dollars in economic damage.

U.S. Trade Representative Katherine Tai discussed differences with Mexico over its energy sector and U.S. corn exports in a virtual meeting earlier in November, underlining “the importance of avoiding a disruption in U.S. corn exports.”