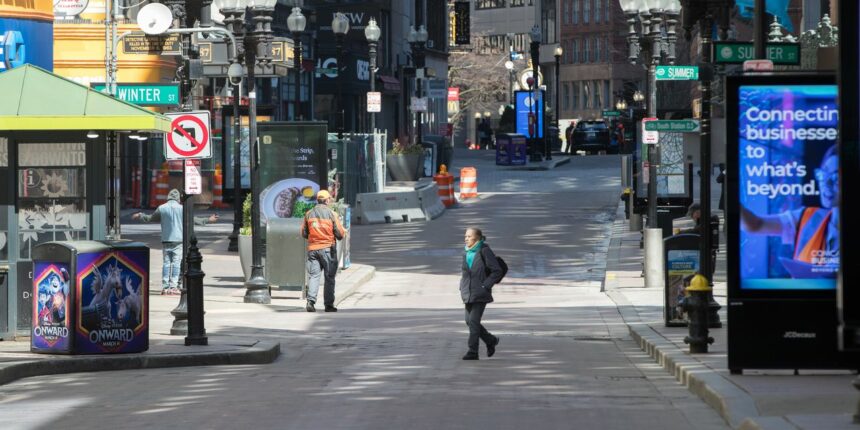 Rents in Boston are soaring past housing costs in famously pricey California cities like San Francisco and San Jose, making it the country’s second most expensive city for tenants, according to a new report from Zumper.

The cities have experienced massive year-over-year rent increases of 24.5% and 20.9% for one-bedroom apartments, respectively.

“‘Boston’s housing market is undersupplied — but that housing shortage is especially tough to overcome in Beantown thanks to prohibitive zoning laws that favor single-family homes.’”

“Like most large cities in the country, Boston’s housing market is undersupplied — but that housing shortage is especially tough to overcome in Beantown thanks to prohibitive zoning laws that favor single-family homes,” Zumper said in its report. “And new inventory coming online is skewed towards the luxury market, pushing median asking prices even higher.”

Towns have resisted multi-family housing due in part to property owners’ concerns that greater density would destroy neighborhood character or lower property values. Affordable housing advocates have since placed some of the blame for housing shortages and lasting racial segregation on restrictive zoning.

“The national median rent for a one-bedroom falling 0.8% in the past month, while year-over-year rents increased by 9.2% after a year of double-digit growth.  This is a pattern in many cities across the U.S.”

However, Boston’s rising rents could also be related to seasonal patterns, given that the town is rich with students transitioning in and out of the city.

“We can expect prices to soften a bit now that students have settled into their new homes and we enter what is traditionally the low season for renting across the country,” Zumper said.

The rest of the U.S. is already seeing that kind of mellowing, due both to “more typical seasonal moving patterns” and fears of a recession, according to Zumper. The company’s rental report recorded “significant price drops.”

In fact, the national median rent for a one-bedroom falling 0.8% in the past month, while year-over-year rents increased by 9.2% after a year of double-digit growth.

“In many metro areas, declining prices are actually a correction to prices that had become overly inflated. We saw historic levels of migration throughout the pandemic, as people switched to working from home and re-imagined their living situations,” Zumper CEO Anthemos Georgiades said in a statement.

“Now — with a turbulent, unpredictable economy causing fear of recession — migrations are slowing, occupancy rates are falling and rent prices are following suit.”