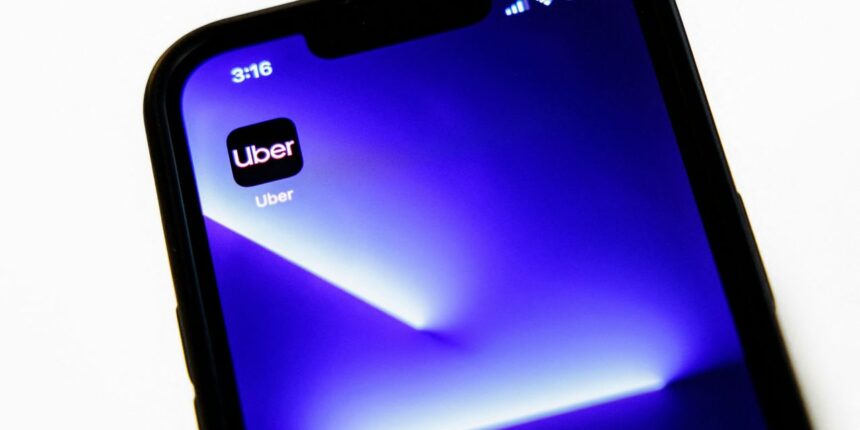 Contents
What to expectWhat analysts are saying

to report a revenue increase of nearly 70% from a year ago, while the company’s losses are expected to narrow. Growth is largely expected to come from the company’s ride-hailing business, while its food-delivery business is expected to see slower growth after a pandemic-influenced boom.

Earnings: According to FactSet, analysts on average expect Uber to post a loss of 18 cents a share, a strong improvement from the $1.28-a-share loss that the company reported in the same quarter a year ago — though that loss was influenced by a drop in shares of DiDi Global Inc.
DIDIY,
,
and executives said adjusted losses in the third quarter last year were 17 cents a share. Estimize, which gathers estimates from analysts, hedge-fund managers, executives and others, expects the company to post a loss of 24 cents a share.

Revenue: Analysts on average expect revenue of $8.11 billion, according to FactSet, up from $4.85 billion a year ago. Estimize is expecting $8.37 billion.

Stock movement: In two of the past three quarters, Uber stock has fallen after the company reported earnings; it has risen after seven of the 14 reports the company has made since going public. Shares are down about 36% so far this year through Friday’s session, while the S&P 500 index
SPX,

has fallen about 19% year to date.

What analysts are saying

Analysts see a continued upside in both Uber’s ride-hailing and delivery businesses, but slower growth in delivery.

Aaron Kessler, an analyst for Raymond James who has an outperform rating on Uber’s stock, wrote in a note to clients that he estimates mobility bookings of $13.8 billion, up 40% year over year and 3.5% quarter over quarter.

Jason Heffstein, an analyst for Oppenheimer, also has an outperform rating on Uber shares. He wrote in a note that Oppenheimer has received numerous requests about the company’s long-term prospects, so he updated his total-addressable market analysis, which includes the following: “U.S. Mobility [is less than] 3% of [the] annual cost of car ownership, representing a compelling value proposition in a weakening macro environment.”